Terrasson is a small town with a long history. Largest tourist attractions are the Les Jardins de L'Imaginaire, a visit to the Maison du Patrimoine, the église Saint Sour and  artisan shops will complete a stroll through the old town.

In and around Terrasson a number of walks (promenades) and hikes(randonnées) are maintained by the Dordogne department.Terrasson is also the starting point of a new long distance trail through the Vézère valley; in the footsteps of the Men of Lascaux. 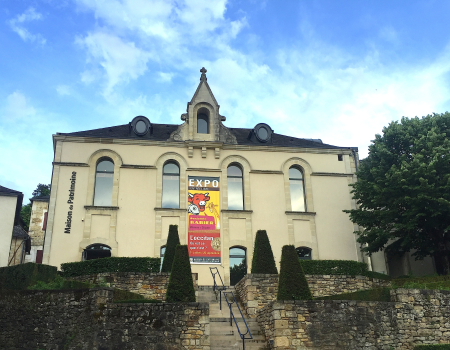 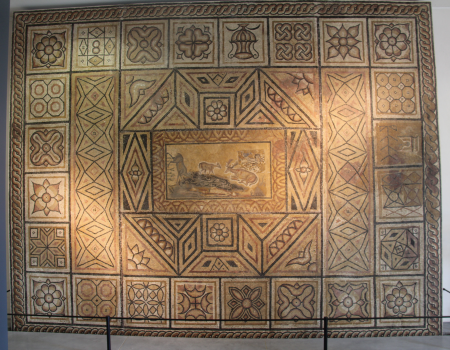 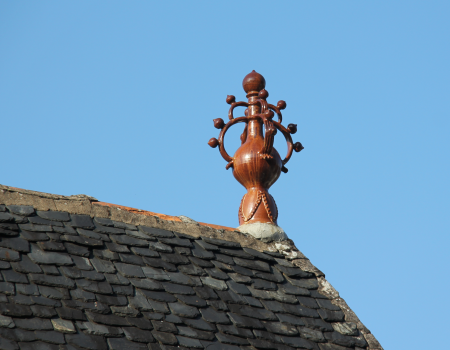 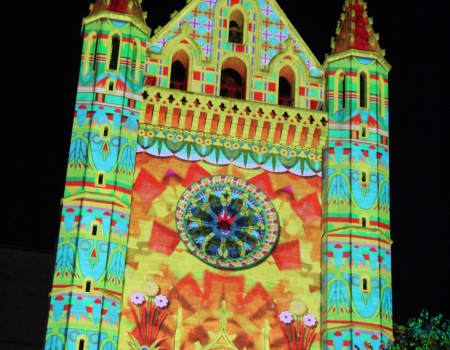 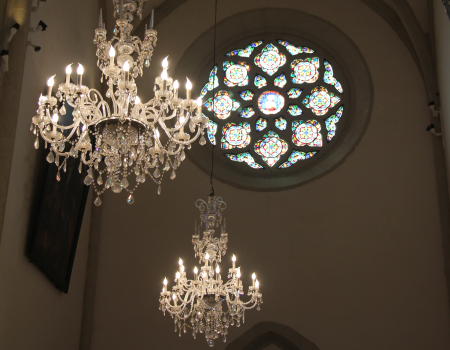 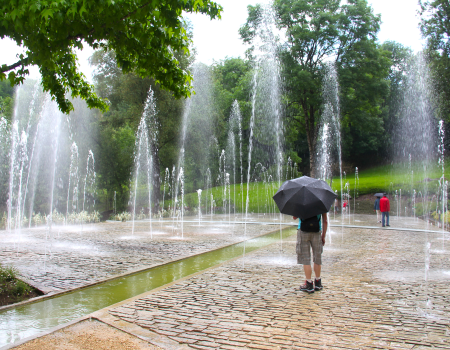 Join the historic circuit tour or evening walk of the tourism office of Terrasson or explore the old town's streets by yourself. Stroll through alleys, and squares, visit the sarcophagus, cluzeau, octroi, and take in the scenery from the ramparts. Choose one of the 'circuits': 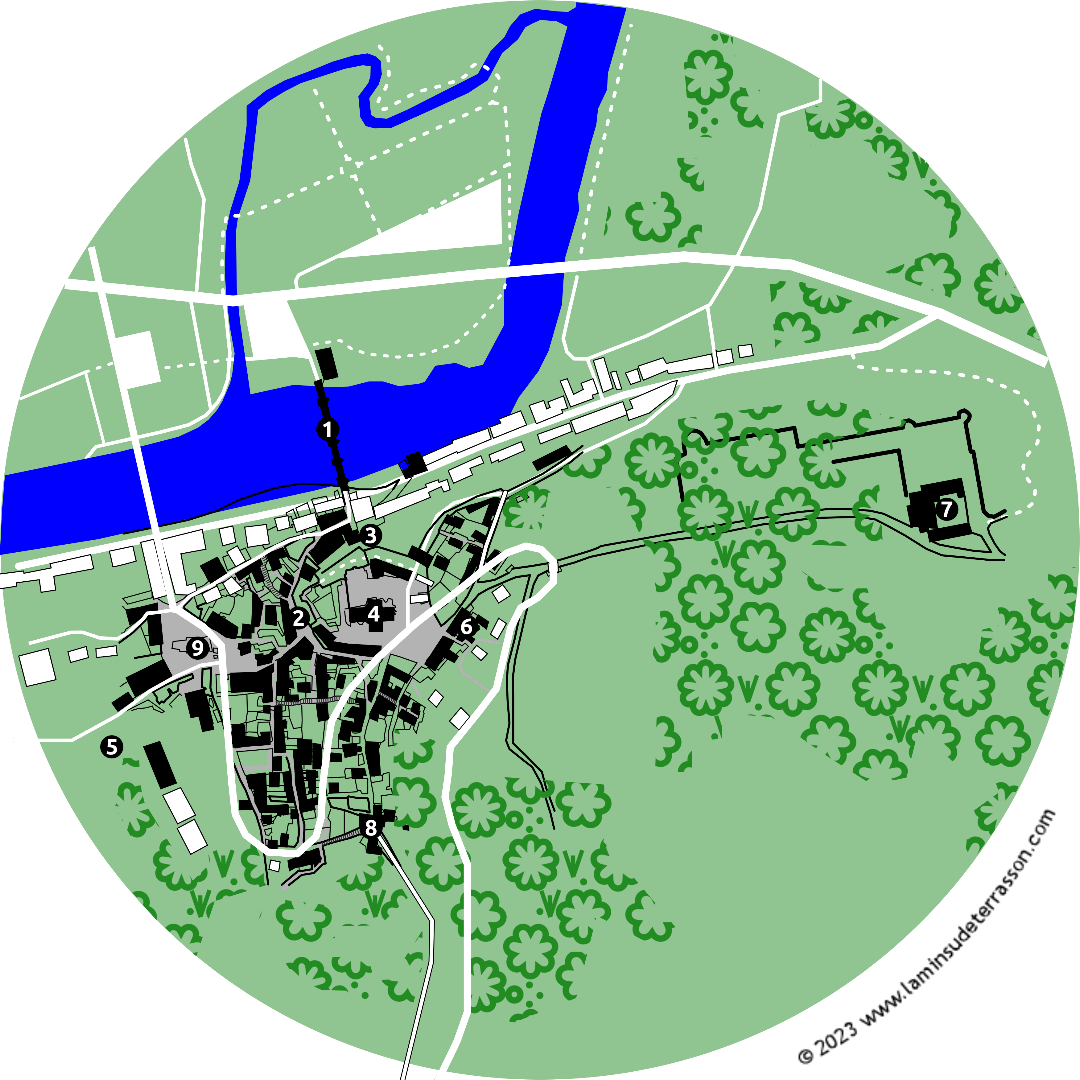 The discovery circuit starts from the tourism office and passes the 11th century 'old bridge' (1), just across on the left you will find the little 'octroi' building with its weighing bridge and scale. Cross the Avenue Charles de Gaulle and walk through some of Terrasson's oldest streets the Rue Margontier that follows the natural contour/slope up the Malpas cliff.

Walking up you turn right into the Rue Basse and pass the little gardens that indicate where a group of buildings used to stand before the Germans burned them down at the end of the WWII. On your right you will see the city hall and on your left is one of the medieval riverstone stairways, which will take you to a mural painting (halfway up) of the old pigeon tower that was burned down in retaliation together with the other buildings.

At the end of the Rue Basse turn left and walk to the Place the Genouillac (9), the former cattle market positioned on the space ones occupied by a Merovingian villa (6th century) that was burned down by the Normans in the 8thcentury. A display building allows you to see some stone Merovingian sacrophagus, and the old fountain of Saint Julien still marks the square. The restaurant building on the other side of the street was build on the fundaments of the old monastery, to your right you will find the Château Jeanne d'Arc, which today hosts the second tourist office and starting point for guided visits of the Jardins de L'Imaginaire (5).

From here you walk in the direction of the church up the medieval road, with the small Place de Guingois on the left and the old Rue de la Marzelle to the right. This alley will take you to the old truffle market. Continue to walk up and you will get to the Place the Bouquier with the Bouquier house, and the cluzeau on your left. Across the square you have the stairs up to the church, or halfway up to the left, will take you to the outer ramparts (3). Walking over the ramparts you can choose to walk the wooden walkway down on the left, walk straight passed the restaurant to the Malpas gate, or take the stair up to the former 'inner sanctum'.

The Place Abbaye has retained its religious buildings to the north of the L'église Saint Sour (4), buildings to the front made space for the stairway and gardens that today connect to the Bouquier square, to the south (up hill) you can visit the Maison du Patrimoine (6). There are a few ways to get to the old Rue Haute, down from the Place Abbaye on the south side and then up the small tunnel or through a few alley ways from the Maison du Patrimoine. This was the old road to Sarlat and is guarded by the Château Brossard de Marcillac, this group of buildings, and the ones a little further up hill have been lovingly restored. To go back to the town, take the river stone stairway downward is very easy.

Les Jardins de L'Imaginaire(5)
Discover 2,000 rosebushes; 20,000 perennials; 2,500 box hedges; 120 sprays of water; more than 150 plant species; 8,000 trees and bushes including rare species; terraces; a theatre-in-the-green; a hedge tunnel; woodlands; a viewpoint; water gardens; and many other features on these six hectares of land overlooking the Vézère river in a contemporary garden stretching over 6 hectares. 13 natural landscapes, as surprising as they are enchanting, recount the history of gardens since the Roman period. Here you'll find the immutable elements of the world's gardens: water, wind movement, plants, perspectives and more. The richness of this garden needed to be experienced with five senses. In particular, that the concept of the diversion of surging water nourishes the whole earth. And the guide will tell you the ideology behind each design. Adults € 7.50.

The Maison du Patrimoine(6)
In the upper part of the old town the heritage house is housed in a former convent to help to preservation and presentation of Terrasson's (and the wider black Perigord's) cultural heritage. It also tries to be a cross-road between art and heriage. It does so with a general exhibition on the ground floor, with the precious Roman Mosaic floor at its heart. The first floor has changing exhibitions by local artists or historical and heritage themes. For example, the first half of 2016 saw an exhibition on French artist Benjamin Rabier: 'The man who made animals (and people) laugh”. July-August-September 2016 and in 2017 saw the exhibition De la belle époque... aux années folles with works of Georges 'Sem' Goursat. On the top floor a permanent exhibition dedicated to he towns 'Epis de faitage', showcases reproductions that allow the visitor to come up close with these typical ornaments that grace the roof endings of old town buildings.

L'église Saint Sour(4)
In the 8th and 9th centuries, the Vikings penetrated the region from the Vézère river and destroyed the first monastery. The Benedictines decided to build this abbey church on the highest part of the hillside. The abbey church is fortified with ramparts along the cliff and was placed under direct authority of Pope Alexandre III in 1165 and continued to flourish under the protection of the king of France after 1229. Early in the 14th century extensive rebuilding took place.

During the Hundred Years' War (1350) the church, abbey, town and even part of the old bridge were destroyed by the English. By the end of the 15th century reconstruction starts and was finished by 1540, just in time for the Wars of Religion during which it was pillaged and burned down by Catholics and Huguenots alike (1569), the Huguenots destroy the grave of Saint Sour. In 1575 a renegade 'comte de Martinengue' seeks refuse in the ruins, but is defeated leaving little but a ruin.

Rebuilding work took place in the 17th and 18th centuries, but it was not till the 19th century that the restoration was completed with the help of architect Chevals, who also restored Rocamadour. Thus the new church was consecrated in 1889. Recently a six year long restoration was completed. In the church a reliquary said to contain Saint Sour's bones and a statue representing him can be found. A painting of Saint Julien de Brioude, the roman soldier and early convert to Christianity martyred in 304 AD. 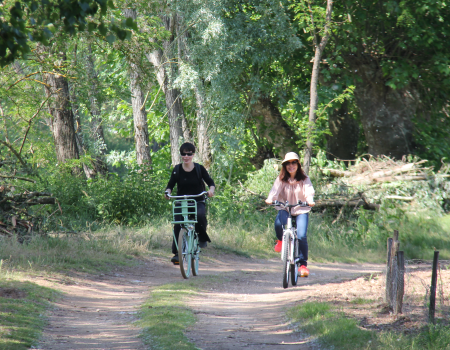 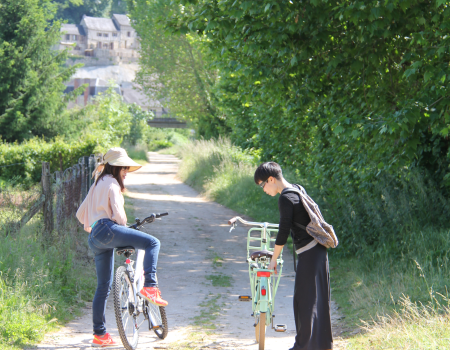 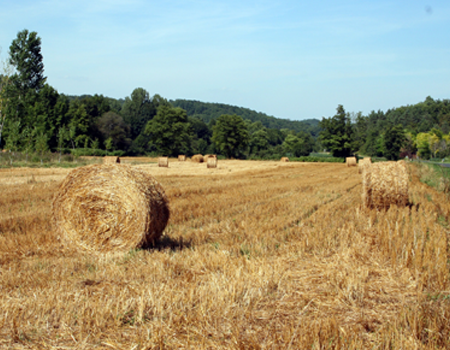 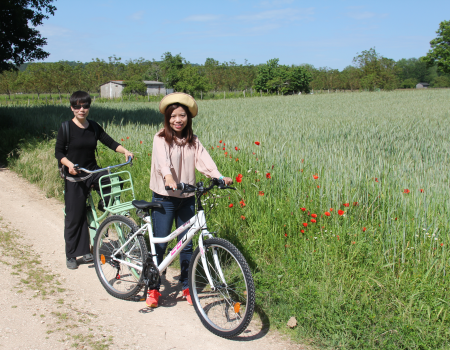 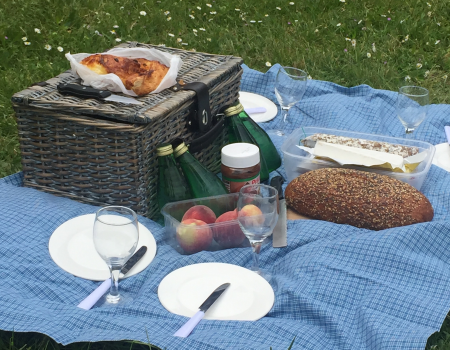 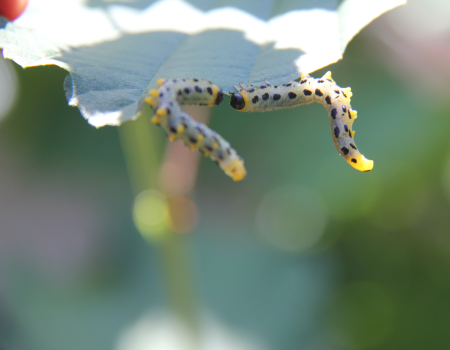 The following hiking trails start from Terrasson and are accessible without help.

The 'Boucle de la Vézère' starts right at our min-sú.

Just at the back of our min-sú the Vézère river meanders through it aluvial plain. The agricultural land with ponds and forests provides for a varied landscape, and easy cycling.

Hike up stream and through the farms and hamlets to visit The Maneyrol walnut-oil mill or greek orhodox monestary depending on your interest and fitness. 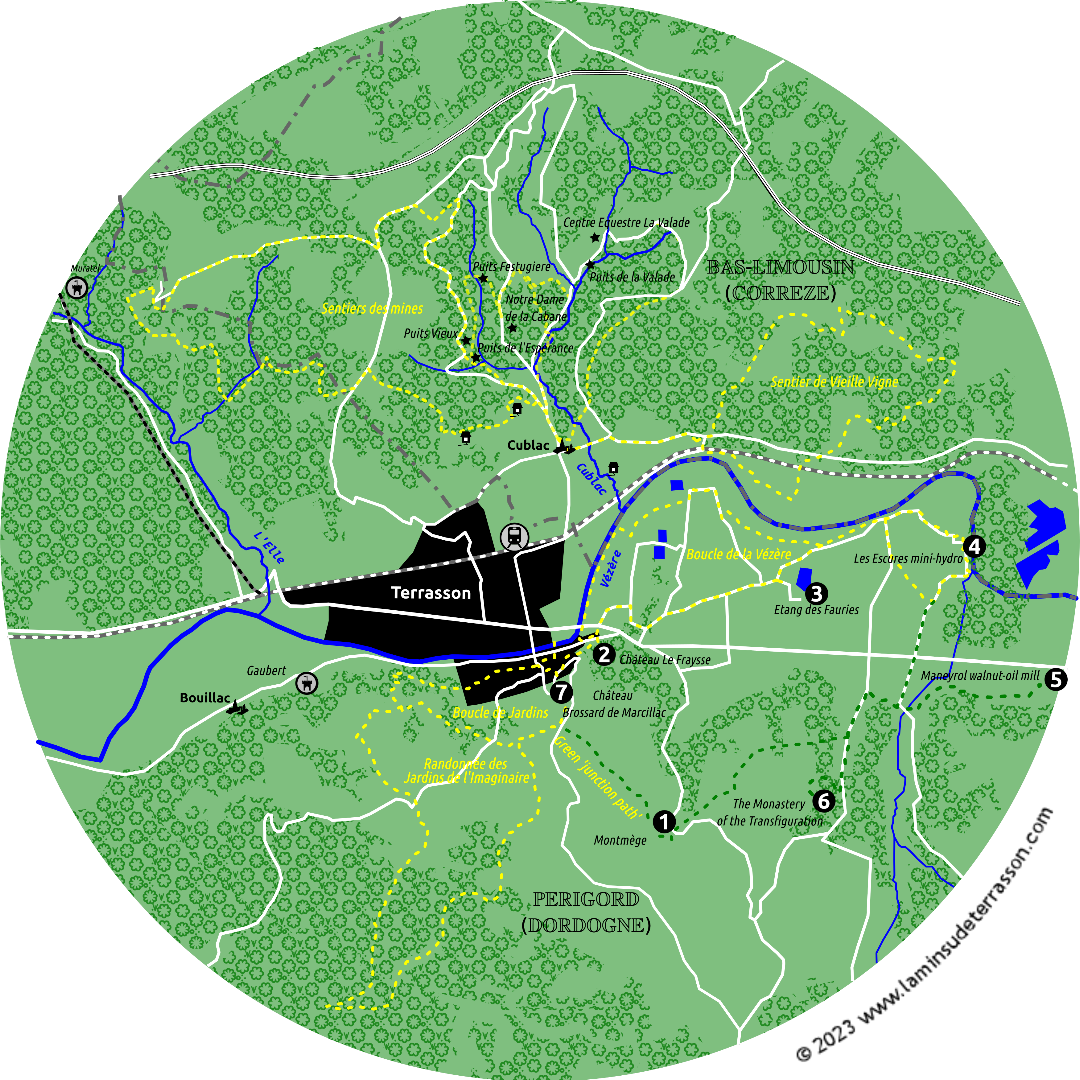 The Boucle de la Vézère starts right at the back of our min-sú, it follows the Vézère river, passes the Etang des Fauries (3) and visits the small hydro of Les Escures, and then pretty much follows the same route back.

To avoid walking the same route twice, and extend the scope, we suggest you to start walking up the Rue haute through the Château Brossard de Marcillac (7) part of the Boucle de Bouch) and then turn left following the green 'junction path' that links with the Boucle de Mayrol. This will take you through the hills, passed the gde Montmège (1) and through fields over a small trail. This trail is classified accessible for 'all terrain biking', and should not be attempted on a standard bike and only by experienced off-roadsters.

Reaching Néguirat you have the possibility to turn right and walk a little uphill to the Greek Orthodox Monastery (6).
The Monastery of the Transfiguration was founded in 1978 in Martel in the Lot region. It is an orthodox women's monastery, where the nuns are affiliated to the Simonos-Petra monastery on Mount Athos (Greece). The Monastery initially acquired and restored the caves of Saint Sour, troglodyte caves situated in the cliff to the west of Terrasson overlooking the Vézère valley where the Saint Sour retreated to in the 6th Century. In 1990, the community moved to a new site to the east of Terrasson.

The Monastery currently houses only a few nuns accompanied by Father Elie, the founder, chaplain and spiritual father of the community. It sustains itself, and make the most of the grazing land surrounding the monastery, they herd a flock of Charmoise sheep to breed and sell rams and ewes for reproduction and mutton. Their orchard producing walnuts, which are dried and packaged for sale as whole nuts, shelled walnuts and walnut cream. And fruits that is used in jam making.

The monastery sells its products in the outpost ‘Athos Agora’ on the main road, where you can also find other monastic products related to the Greek Orthodoxy and monasteries of all convictions from around France (and the Orval Trappist monastery of Belgium).

Continue going towards Guilbonde to find the trail to the Maneyrol walnut-oil mill (5).
Many villages around Terrasson have their own mills for example at La Cassagne, Saint Amand-de-Coly and Maneyrol. The walnut-oil mill of Maneyrol just off the main road to Brive, and open to the public Monday to Saturday.

\ The mill is run by Charlie, a young guy who took over the mill a few years ago, after the previous owner became to old to continue the work. He spend some years working at the old mill to learn the process. After he took over he however extended the scope of the mill to include milling walnuts from other producers. He also worked on the packaging and promotion and won several medals at regional and national festivals and expositions in 2014, 2015 and 2016.

Though the winter season is the best and bulk season to make walnut oil, there are daily demonstrations in the evenings during summer.

Alternatively walk towards the main road directly and cross it in the direction of Escures to pick up the far end of the Boucle de la Vézère at the mini-hydro (4). 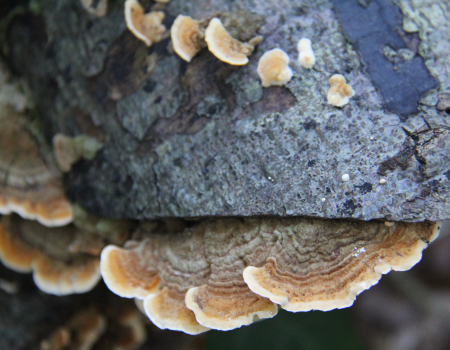 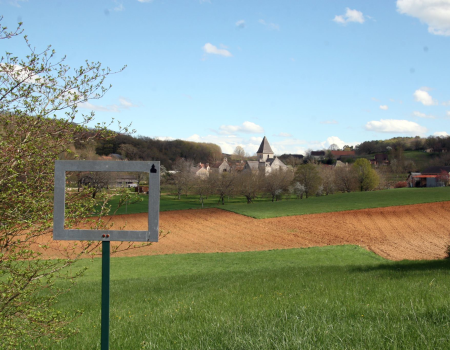 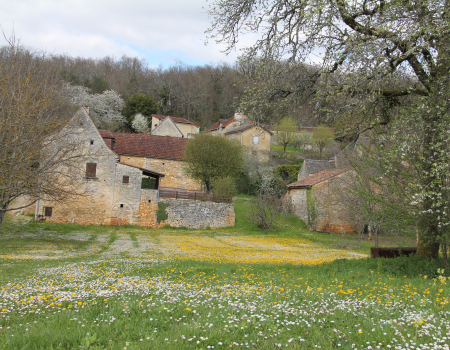 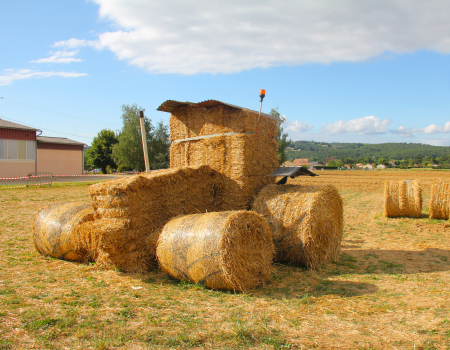 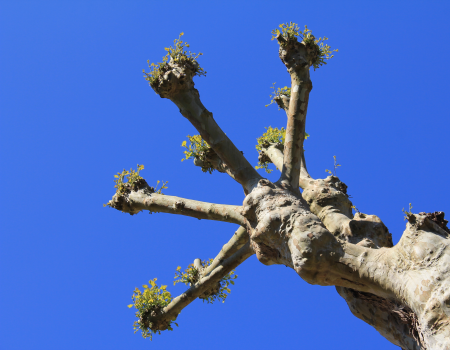 During summer (end of June - end of August), from the base nautique next to the old bridge under the Quai du lavoir, the private company Canoës loisirs rents-out canoes, kayaks, peddle boats and boards by the hour. You can peddle up and down the Vézère within Terrasson starting and stopping at the base to enjoy the experience and view without committing yourself to an end destination you will have to reach.

They also offer the more traditional tours descending the river, 2 hours to Bouillac up to 5 hours to Montignac. You start from the base and the company will pick you up at the end.