Kayak down the Vézère

An interesting, active and adventurous way to explore the Vézère valley is by kayak. A number of Kayak companies operate on the Vézère offering a number of drop-off and pick-up locations. Choose a route of a few hours or a day depending on your interest and condition.

Pull your kayak from the water to have lunch at picturesque Saint Leon, or a number of sights to visit. The following map and table give an indication of the possibilities and average time needed.

Alternatively find out more about white water rafting opportunities in the Corrèze. 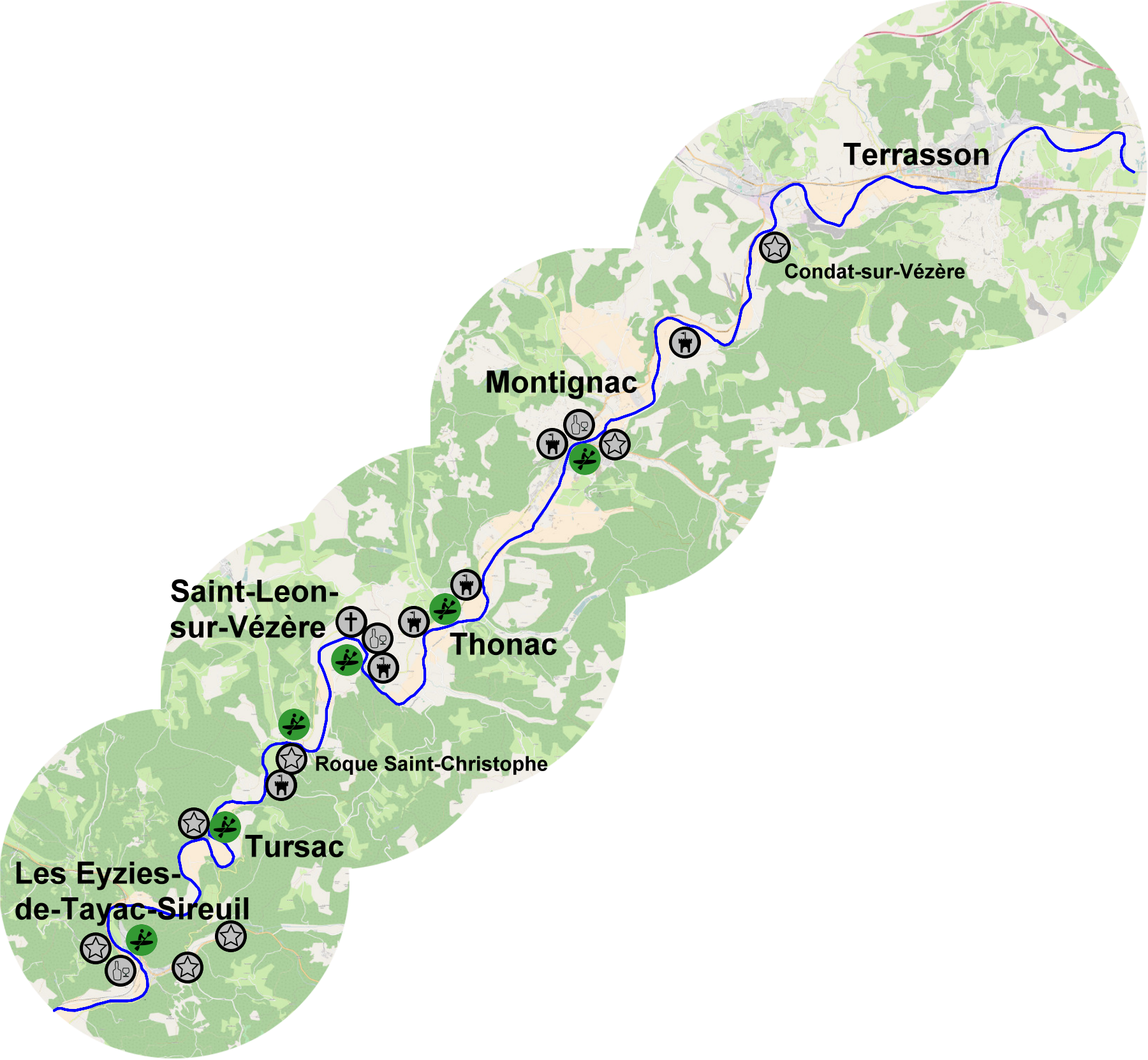 Kayak companies drop you, your kayak and equipment at the agreed starting point, and pick you up from the agreed end of your trip. In between you are pretty much ‘on your own’. Kayaking is easy and fun, though might be challenging if this is your first experience. It is advisable to have at least one experienced person to help.

Visit on the way 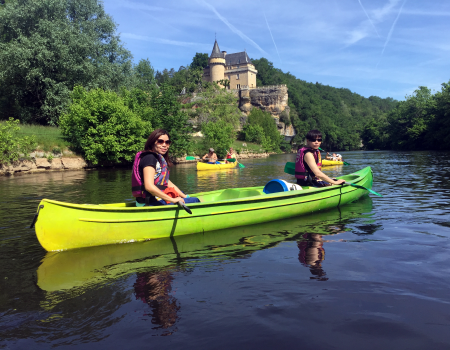 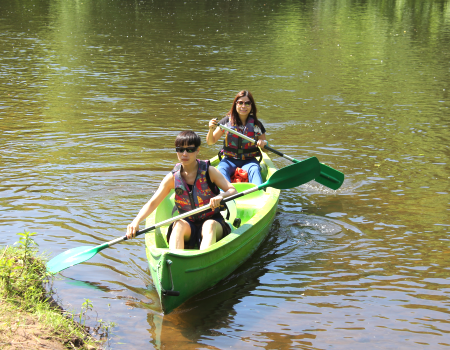 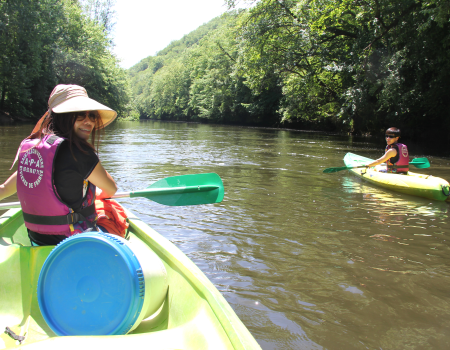 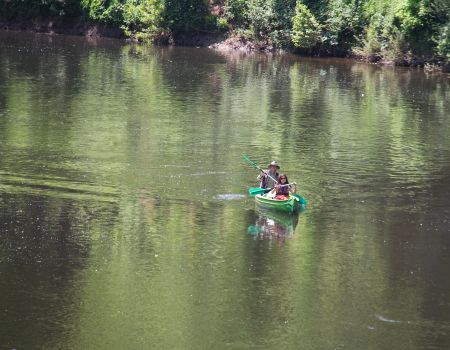 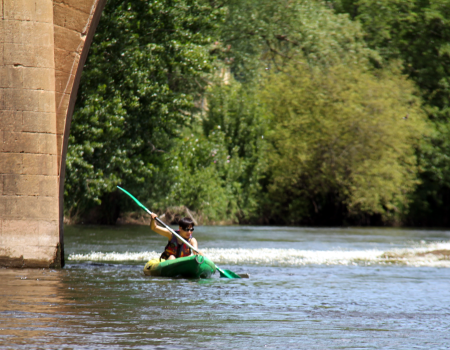 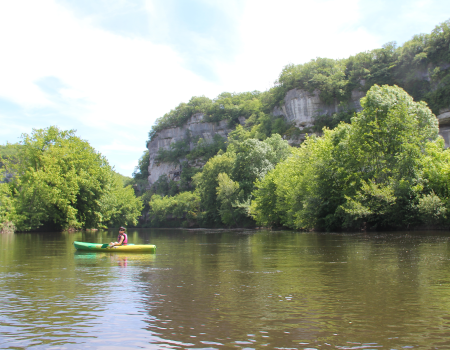 Saint-Leon-sur-Vézère
The church in the village is small but worth a visit. There are traces of the Gallo-Roman villa on the side of the church next to the river. Its lauze (stone) roofs create a domed ceiling with remains of frescoes. The church is one of the oldest pre-Romanesque-style churches in the Dordogne area, dating back to the 12th century.

As Saint-Leon is classified 'one of the most beautiful villages in France', it attracts quite some visitors. This explains the choice of places to have lunch here, from informal 'crepes' to more formal settings along the main road.

Roque Saint-Christophe Fort et Cite Troglodytiques
The Roque Saint Christophe cliff has been occupied by man for 55,000 years; then the place was a fort which became a city in the middle ages. Here you will travel through times understanding the life of the people of the cliffs. This prehistoric and historic site is unique in its size (1km long, 5 levels, more than 100 shelters carved into the cliff face), its age and the length of its human occupation.

Maison Forte de Reignac
This is described as 'the strangest, most secret, most extraordinary and most mysterious' castle of the Perigord, and the best preserved cliff castle in France. Not very imposing from the outside, this fortress makes it up on the inside which is entirely conserved and furnished according to the 'epoque'. It also features a permanent exhibition on 'torture and the death penalty' with over 60 authentic 'machines infernales'.

Les Eyzies-de-Tayac-Sireuil
Home to the National Prehistory Museum, it houses one of the world’s most complete collections of prehistoric artifacts. Other than a number of caves that are only accessible on demand, you can visit the Abri de Cro-Magnon (free of charge).

The Arts et Métiers en Périgord exhibition
Uniting several of the region's finest craftsmen, is open from mid-June to mid-September: on show are leather goods, ceramics, artworks, and original jewellery (free of charge).